Review the online program summaries booklet, access event materials, or watch the presentation videos. You can also access a pilot VR tour of SEI’s Pittsburgh location by navigating to https://www.oculus.com/experiences/quest/3914726958629098/. Note that you may need to create an account or login to a third party service to gain access; a VR headset provides the full experience.

Ms. Heidi Shyu is the Under Secretary of Defense for Research and Engineering (OUSD(R&E)). In this role, she serves as the Chief Technology Officer for the Department of Defense (DoD), mandated with ensuring the technological superiority of the U.S. military, and is responsible for the research, development, and prototyping activities across the DoD enterprise. She also oversees the activities of the Defense Advanced Research Projects Agency (DARPA), the Missile Defense Agency (MDA), the Defense Innovation Unit (DIU), the Space Development Agency (SDA), the DoD Laboratory and Engineering Center enterprise, and the Under Secretariat staff focused on developing advanced technology and capability for the U.S. military.

Previously, she served as the Assistant Secretary of the Army for Acquisition, Logistics and Technology (ASA(ALT)), from September 2012 to January 2016. Prior to this, she was Acting ASA(ALT) beginning in June 2011 and appointed the Principal Deputy in November 2010. As the ASA(ALT), she served as the Army Acquisition Executive, the Senior Procurement Executive, the Science Advisor to the Secretary of the Army, and the Army’s Senior Research and Development official. She had principal responsibility for all Department of the Army matters related to logistics. Ms. Shyu also led the execution of the Army’s acquisition function and the acquisition management system. Her responsibilities included providing oversight for the life cycle management and sustainment of Army weapons systems and equipment from research and development through test and evaluation, acquisition, logistics, fielding, and disposition.

Prior to her government service, Ms. Shyu was the Vice President of Technology Strategy for Raytheon Company’s Space and Airborne Systems. 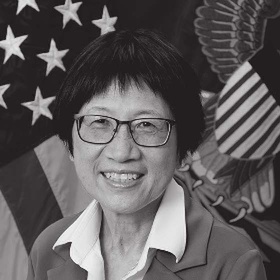 About the CMU SEI Research Review

SEI researchers will provide in-depth discussions of recent, high-impact, DoD-line-funded fundamental research that improves the state of the art and practice in software engineering, cybersecurity, and artificial intelligence (AI) engineering. Each session will present tools, techniques, and processes produced through collaboration and designed to address the four big software challenges for national defense and security: capability, timeliness, affordability, and trustworthiness. You will hear about the positive impact of those technologies on the DoD mission. You will also learn how to benefit from collaboration with SEI researchers. Our panel discussions, comprising SEI researchers and collaborators from inside and outside the institute, will explore how to more rapidly integrate research advancements into your work contexts.

Our military and civilian government work to deter war and protect our nation’s security. Their capabilities increasingly rely on software, as do those of our adversaries. Better-built and better-secured software will maintain our advantage. At the Carnegie Mellon University Software Engineering Institute (CMU SEI), we question assumptions, collaborate broadly, collect evidence, architect new ways, measure progress, and automate solutions to improve software development, use, and security. We have done this since the U.S. Department of Defense established us at CMU, an elite research university, as a federally funded research and development center focused on software engineering and cybersecurity.

The award-winning faculty at Carnegie Mellon University (CMU) is renowned for working closely with students to address major scientific, technological, and societal challenges.

CMU puts a strong emphasis on creating things—everything from art to robots—a focus that results in the university’s status as a global leader in bringing groundbreaking ideas to market and creating successful startup businesses.