John B. Goodenough is an SEI alumni employee.

Although John Goodenough, an ACM and SEI fellow, retired from the SEI in December 2011, he has continued as a part-time employee. During this time, his research has focused on methods for establishing how much confidence one should have in an argument intend-ed to justify claims about system properties. This work has most recently been extended to establishing confidence in properties of a portfolio of research projects.

Prior to retirement, Goodenough led the SEI's System of Systems (SoS) Software Assurance (SoSSA) research initiative starting in 2008. This initiative investigated assurance issues that arise in large-scale systems of systems. The key research question was to determine what types of evidence (and associated argumentation) are needed to achieve justified con-fidence that SoS behavior (with respect to quality attributes such as reliability, availability, performance, or security) are acceptable when the SoS is used in its actual and evolving use environment.
From 2002 until 2007, Goodenough led the Performance Critical Systems Initiative, which focused on researching the application of assurance cases. From 1996 until 2002, he was the chief technical officer of the SEI. From 1986 until 1996, he led a project developing the theory and practice of rate monotonic analysis for real-time systems.

Goodenough was named a Fellow of the Association for Computing Machinery (ACM) in 1995. He was a distinguished reviewer for the Ada 95 language revision effort and served as head of the U.S. delegation to the ISO Working Group on Ada. He was the principal author of the document specifying the revision requirements for Ada 95 and served as chair of the group responsible for recommending interpretations of the Ada language.

Before joining the SEI, Goodenough was manager of the research and development depart-ment of SofTech, Inc. His work focused on the Ada programming language. He was the principal designer of one of the candidate languages leading to Ada. He later led the Ada Compiler Validation effort and helped develop Ada training materials.

Goodenough worked at the Wang Institute of Graduate Studies as a visiting scholar, where he lectured on software reusability and testing and led seminars on object-oriented lan-guages. He also worked at the Air Force Electronic Systems Division in Bedford, Mass. There, he was responsible for formulating contract and in-house research and development, and he sponsored the first research work on software maintenance.

Publications by John B. Goodenough 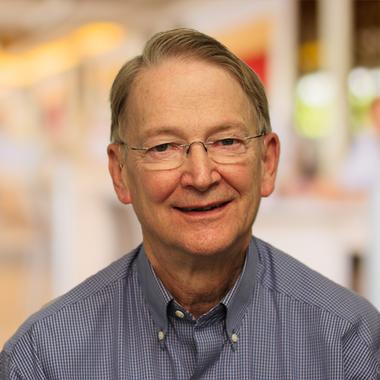