Robert F. Behler is the Chief Operating Officer and Deputy Director of the Carnegie Mellon University Software Engineering Institute (SEI), a Federally Funded Research and Development Center. SEI is a global leader in advancing software development and cybersecurity to solve the nation's toughest problems through focused research, development, and transition to the broader software engineering community. Behler directs internal and external operations, develops and executes long‐range strategic plans, and has the duty of risk management for the SEI.

Before joining the SEI, Behler was the president and CEO of SRC, Inc. (formerly the Syracuse Research Corporation), and a Director on their Board of Trustees. SRC is a not‐for‐profit research and development corporation with a for‐profit manufacturing subsidiary that focuses on radar, electronic warfare, and cybersecurity technologies. Prior to working at SRC, Behler was a general manager and senior vice president of the MITRE Corp., where he provided leadership to more than 2,500 technical staff in 65 worldwide locations. He joined MITRE from the Johns Hopkins University Applied Physics Laboratory, where he supervised more than 350 scientists and engineers as they made significant contributions to critical DOD challenges.

Behler served 31 years in the United States Air Force, retiring as a Major General in 2003. During his military career, he was the principal adviser for Command and Control, Intelligence, Surveillance and Reconnaissance (C2ISR) to the Secretary and Chief of Staff of the USAF. International assignments as a general officer included the deputy commander for NATO's Joint Headquarters North in Stavanger, Norway. An experimental test pilot, he flew more than 65 aircraft types, including the SR‐71 Blackbird and U‐2. Behler also spent over two years in the U.S. Senate as the Senate Liaison Director for the USAF.

Behler is a Fellow of the Society of Experimental Test Pilots, an Associate Fellow of the American Institute of Aeronautics and Astronautics, and a member of the Armed Forces Communications and Electronics Association and Air Force Association.

He is a graduate of the University of Oklahoma, where he received a BS and an MS in aerospace engineering and has an MBA from Marymount University. Behler was also a National Security Fellow at the JFK School of Government at Harvard University.

Behler has recently been on several National Research Council studies for the National Academy of Sciences, including "Critical Code," "Software Producibility: Achieving Effective Acquisition of Information Technology in the Department of Defense," and "Development Planning: A Strategic Approach to Future Air Force Capabilities." 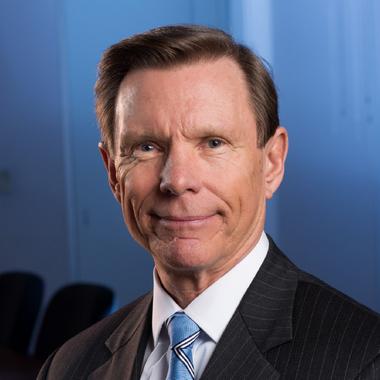